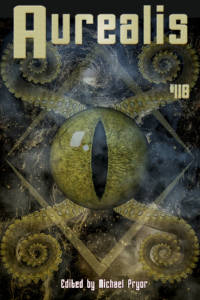 Our March issue has three diverse and stunning stories, two penetrating non-fiction articles, tons of reviews and remarkable artwork. What more could you ask for?

Tracy Chevalier writes during school hours. She aims for 1000 words in longhand and then edits the work and keys it into the computer.

Louis Sachar writes at least five drafts before he shows anyone.

Joyce Carol Oates prefers to write in the morning, before breakfast.

Ian Rankin writes in front of a blank wall. It helps him if the house is empty, or everyone is asleep.

Patricia Cornwell can write for 14 hours a day on a new book, only pausing to eat cottage cheese from the container.

Dava Sobel likes to ‘get up at four and go to work in [her] jammies’.

When he’s in the middle of a novel, Colum McCann sometimes prints out a chapter or two in large font, staples it together like a book and takes it to Central Park. He finds a quiet bench and pretends he’s reading a book by someone else.

Hilary Mantel takes a shower when she gets writer’s block.

Philip Roth writes at a lectern.

Flannery O’Connor shifted her desk so it faced away from the window.

Before she began a writing session, [Sidonie-Gabrielle] Colette would first pick fleas off from her cat.

Blanche D’Alpuget once said that she printed out her first draft then deleted the original file from the computer. After that she forced herself to type it all again from the printouts.

When a narrative arc starts to appear for Margaret Atwood, she experiments with the order by printing out chapters and moving them around in piles on the floor.

Graham Greene wrote 500 words a day for five days a week. This meant he could write a novel a year.

Malorie Blackman writes in her attic.

Leo Tolstoy’s wife Sofia edited and transcribed Anna Karenina and War and Peace for him.

There is no magic formula for writing. Find the ways that work best for you.

From The Excuses We Make for Our Children by Rebecca Fung

Rebecca Fung is a policy officer who has been published in horror anthologies including Between the Cracks (Sirens Call Publications), Bloodlines (Ticonderoga), Witches, Stitches and Bitches (Evil Girlfriend Media) and the Demonic Visions anthology series.
:

I took a plate of cakes to Mitsu, who finally stopped crying after three days of flooding tears. I wasn’t sure which was worse, the incessant sobs and the wailing or the eerie silence. But I didn’t get to choose.

Nuzo Onoh is a British-Nigerian writer of horror stories. Popularly known as, “The Queen of African Horror”, Nuzo has featured on numerous media platforms spearheading African Horror. Her books include, THE RELUCTANT DEAD (2014), UNHALLOWED GRAVES (2015), THE SLEEPLESS (2016), DEAD CORPSE (2017) and her upcoming novel, A DANCE FOR THE DEAD.
:

Ogali died on the dawn of her fifteenth birthday. She died gripping the wrist of the young man, Amobi, he of the roving eyes and honey-sweet tongue.

Bio Subodhana Wijeyeratne is a graduate student researching the history of rocketry and space research in Japan. He will have a short story featured in Rosarium Publishing's upcoming collection 'Sunspot Jungle'. His first collection, 'Tales from the Stone Lotus', is currently available on Amazon. You can follow his latest news and details at subowijeyeratne.com
:

The message arrives almost as soon as he jumps into the system. He’s been alone with nothing but the ship’s groans and beeps for so long that he doesn’t even notice. Instead, he spends his few hours there as he spends them in any new system. He sits in the cockpit of his ship, a warm and leathery cocoon, and stares at the star—this one ancient and blue, blue like the blazing heart of a lightning strike. He guides the ship out to where it can safely absorb new fuel without its outsides melting.

From John Lang and the Hidden by Gillian Polack

Gillian Polack is a writer, editor and historian. She has six published novels and is a member of Book View Café. Two of them were shortlisted for Ditmars. Her short story collection 'Mountains of the Mind' was recently released
:

I’m still thinking about John Lang, that first Australian-born novelist, so strongly associated with the story of Fisher’s ghost. There’s an aspect of his work I didn’t talk about in my previous essays. This aspect may or may not be valid… it all depends on how one book is attributed. The Valet’s Tragedy is generally attributed to folklorist Andrew Lang (brother of one John Lang), but the editor of ‘Invisible Ghosts’ at Mulini Press attributes it to the author of ‘Fisher’s Ghost’ (the other John Lang). ‘What if…?’ is the perfect place to start for anything to do with speculative fiction and, in this essay, I’m going to explore a different way of interpreting Lang’s work, one that assumes that the editor of ‘Invisible Ghosts’ is right and I am wrong.

From That Did What? Contrivance in Speculative Fiction by Stuart Olver

Stuart Olver is a medical researcher living in Brisbane. He relishes all things science-related, including a wide range of speculative fiction. He is a member of the Australasian Horror Writers Association, and you can find his award-winning story “What Came Through” in Midnight Echo 11.
:

Imagine you’re reading a novel or watching a movie about a spaceship hurtling at relativistic speeds towards a star system many light years away. The spacecraft is a marvel of futuristic technology, its artificial brain exquisitely programmed to nurture the on-board environment and respond to any potential threats the ship might encounter along the way. The crew are all highly trained, and work together with courage and professionalism to deal with the small crises that inevitably arise during the voyage. After a few years, they arrive safely at their destination and set up a thriving colony on the new planet, which develops into a harmonious human society.