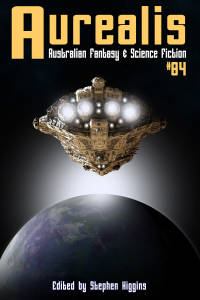 I just got a new car.

Well if you let me get to the point I will tell you. Honestly, some people. Anyway, I got a new car. I bought a Jeep. No I didn’t really, but that is a hell of an advertising campaign. My three year old niece keeps telling everyone that she bought a Jeep. I did look at Jeeps, but I ended up with something else altogether. Where was I… Oh yeah, new car. Anyway it has all this stuff which a year or two ago was pretty impressive, but these days is just standard; Rear view camera, satellite navigation with voice recognition, Bluetooth connectivity and all that. How did I come to choose this car? I used the internet. I browsed new cars on my ipad and once I had put my details on a couple of sites I discovered I had tons of new friends who were very keen to message and phone me.

Anyway, to get to the point of all this, at around the same time as I was researching cars, I wanted something to read and I grabbed an old Philip K. Dick novel. I went through a ‘Phildickian’ phase a few years ago and got everything he put out. Lots of great stuff and a few duds, but that’s prolific authors for you. The main character read the news electronically on his homeopape and they had all sorts of wonderful gadgets and instruments on their fantastic cars. Now I know it is a bit of an old chestnut to discuss speculative fiction and all of the wonderful things it has predicted, but I still get a buzz out of how much things have changed in just the last few years. I have mentioned the fact that I am a teacher here before and my job has changed incredibly in ten years. Kids are still kids of course, but how we deliver content in class is changing and how the students socialise is changing. I guess the thing that intrigues me is, where to from here? If speculative fiction encourages some writers to theorise about future technologies, what is on the cards for ten years from now? Or twenty? Once I would have wondered what things would be like a hundred years hence but now I think twenty is plenty.

Might be a good idea for one of our Aurealis “Specials”.

From Breaking Windows by Tracy McBride

Tracie McBride is a New Zealander who lives in Melbourne, Australia. Her work has appeared or is forthcoming in over 80 publications, including Bleed, FISHand the Stoker Award-nominated anthologies Horror for Good and Horror Library Volume 5. Her debut collection Ghosts Can Bleed contains much of the work that earned her a Sir Julius Vogel Award. She helps to wrangle slush for Dark Moon Digest. Vi
:

They say that the eyes are the windows to the soul. And what do burglars do when they can’t get in through a locked door?

They go in through a window.

Initial reports placed the rate of possession at one in one thousand. I didn’t think that was bad odds; in a city of five million people, that meant only five thousand possessed. One small suburb. As long as it wasn’t my suburb, I could cope with that.

From Suburban Canticles by DJ Daniels

DJ Daniels writes when she manages to get her husband and two daughters out of the house and during lulls in the ongoing dog-lizard war. (Lizards are well ahead) Her first novel, What the Dead Said, was published by Dragonfall Press in 2012. Her short stories have appeared in publications such as Luna Station Quarterly, Plasma Frequency and SWAMPWriting. Her manuscript, Green Jay and Crow, won the
:

The woman in the school office made me fill out a late form. We were only ten minutes late. It’d be twenty minutes before all the drama was over. I added a squiggle to the end of my signature just to spite her: the form would be lost in the course of the morning.

I watched my daughter run to her classroom with the all-important late note. Lily’s bag banged on her back and her hat fell off before she was half way there. Her ponytail was already coming undone. She turned and gave me a wave as if she had all the time in the world. She was right of course.

Some of the mothers, a group of Niked amazons with bejewelled fingers and a deep interest in house renovation, were still congregated at the gate. I half smiled as I passed them, willed them to ignore me. My wish was granted. I was out of sight by the time I reached my car. And just as well, because a small, dead animal was lying close to the front wheels. Possibly an offering, possibly a sacrifice. I scooped up the baby possum and put it in the empty shoe box I keep on the front seat. It’s not a Nike box.

I was halfway up Mona Vale Road, heading for the beaches, before the possum spoke.