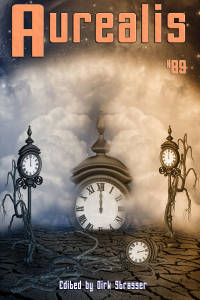 Why do the ghosts rebury their dead at low tide each morning? Why would we punish those who overcome humankind’s biggest downfall? Visit a world where trees have branches that touch the sky and green giants have descended from humans.

What’s the difference between a writer and a pizza?

A pizza can feed a family of four.

It’s an unfortunate truth that the number of writers who make a decent living purely from writing fiction is a small club. Most people outside the publishing industry are usually shocked when they hear the statistics on writers’ earnings.

The reason why most people think writers make more money than they actually do is that we are blinded by the headliners, the mega-bestsellers that make the mainstream media. We are told, for example, that J K Rowling, the world’s richest author, has a net worth of $1 billion. Forbes published a list of the world’s top-earning authors by compiling estimates of their incomes between June 2014 and June 2015 based on their print, ebook and audiobook sales from Nielsen BookScan. The results were:

There’s quite a different story if we look at average writers rather than outliers. Let’s shift our gaze back down to ground level rather than the stratosphere. A Macquarie University survey of Australian authors released in October 2015 was based on a detailed questionnaire of more than 1000 Australian authors. The 1000 were people who considered themselves professional writers, not hobbyists or hopefuls. It also included authors who used the non-traditional ways of publishing that new technologies now offer and self-published. Based on their responses, the survey found that the average annual income for authors from their creative practice was A$12,900 (US$9900). That’s right: A$12,900.

Why is it that an overwhelming number of writers can’t make any sort of living out of their writing? This, of course, is the $12,900 question. It comes down to deeply embedded assumptions within the system.

A number of years ago a large multi-national publisher asked me for permission to republish a children’s story of mine, ‘It never rains on the Nullarbor,’ in an anthology aimed at the schools market. I was sent a form to sign. There was no mention whatever of payment. They just wanted me to sign it to give them the rights to publish it.

Needless to say, I wasn’t overjoyed with the automatic assumption that a multi-billion dollar company wasn’t going to pay anything for it. The story had been republished a number of times before and I had always been paid. I contacted them to ask why they were assuming they could have permission to reprint the story for free. The answer I got back from the editor was that she thought I would give them the story to ‘support literacy among school children.’ That’s when I really started to get stroppy with the editor. I asked her whether she worked for free in order to ‘support literacy among school children?’

Obviously the system has been built in a way that means everyone along the publishing chain in medium to large publishing companies is making a living out what they do, except the large majority of authors.

The bright side of the Macquarie University survey is that genre authors are at the upper end of fiction writers in terms of income. They have also been the ones who have benefitted most from the changes in technology within the publishing industry in recent times. According to the survey, nearly one-third of genre fiction authors have self-published a book during their career—the highest proportion of all authors—and the proportion of income from self-published books was higher for genre authors than for any other category.

So where does it leave the poor family of four feeding on a single pizza? You speculative fiction writers out there may never reach the J K Rowling stratosphere, but at least by writing genre fiction you’re better off than your literary cousins. Just don’t forget to thank your partner.

From The Lighthouse at Cape Defeat by David Versace

David Versace's stories will appear in the upcoming anthologies: The Lane of Unusual Traders and At the Edge. He is currently writing a YA science fiction adventure novel.
:

As the first pink hints of dawn cracked the sea’s darkness, Brega looked down from the lighthouse at the sailors reburying their dead. They had left it almost too late this morning. In a few more minutes the nocturnal burial party would boil away in the sun’s breaking rays. For months now, she had greeted each morning watching the funereal scene dissolve.

From Blossom Fall by Adrik Kemp

Adrik Kemp has had short stories published in a number of publications including Pilcrow & Dagger, Torquere Press and CSFG Press.
:

Checking my mail is a weekly routine. Almost no one uses it, since we can just thinkwave our messages to each other nowadays. I don’t like doing that so much though. I find it hard to filter things.

From How He Wound Up by Heidi Kneale

Heidi Kneale has several novellas out from The Wild Rose Press and a plethora of short stories and non-fiction scattered about the world.
:

Mrs Hilland didn’t know what I did, exactly. As far as she was concerned, I engineered useful devices, what drove small carts or turned mills. She herself benefited from the many appliances I created for her kitchen. There was a little clockwork turnspit that automatically flipped the toast in the oven, so she would not have to manually turn it, and a rotating racked tub, useful for washing all sorts of things from pots and plates to the household laundry. I’d even invented a series of pipes and pumps that brought water in from the well into the house. Instead of pumping and dragging in buckets, all she had to do was keep the clockworks wound.

From The Ants Go Marching by Jeffrey Paul

Jeffrey Paul is the winner of the OPEN (age 18 and up) Contact2016 Short Story Competition.
:

‘What’s the number one rule?’

It starts as a black stain on a wall. Within hours it becomes a black abscess that spreads until there’s nothing left but a shimmering black pool.

From Synthetic Corruption by Sam Johnson

Sam Johnson is the winner of the JUNIOR (under 18) Contact2016 Short Story Competition.
:

Within seconds, he was hurled across the plaza, slamming through a shop-front window and flailing wildly as he continued through the next wall. His heavy-set frame gave the plaster no mercy as he practically tore the material to shreds on his way past.

From Sage Advice from John Flanagan by Chris Large

Chris is an Australian writer of science fiction and fantasy. His work has appeared in Aurealis and ASIM, and in anthologies published by Ticonderoga Publications, Dark Prints Press and CSFG Publishing.
:

John Flanagan is the Australian author of the New York Times and Australian bestselling Ranger’s Apprentice and Brotherband books, and has dipped more than a toe into crime fiction with his Jesse Parker detective novels.

From Peter Docker’s The Waterboys by Lachlan Walter

Lachlan Walter writes for both Aurealis and its offshoot blog AurealisXpress, reviews for the independent "weird music" website Cyclic Defrost, and is currently working on a "serious" novel about giant monsters.
:

Equality in science fiction is red hot right now. We can see it all around us: in the failed attempts by the Sad Puppy movement to hijack the Hugo Awards; in the backlash against the numerous decisions by toy companies to only release figurines of male characters from the various science fiction franchises that fill cinema screens; in the fact that The Force Awakens’ two leads are a woman and a black man; in the increasing popularity and reach of science fiction from non-Western countries.

From Secret History of Australia: Adeline Strife by Michael Pryor

Michael Pryor's The Laws of Magic series was short-listed for the inaugural Sara Douglass Award for book series.
:

Some people are born to greatness, others have greatness thrust upon them. Adeline Strife, on the other hand, tended to pursue it.