View Cart “Classic Australian SF 6: Out of the Silence” has been added to your cart. 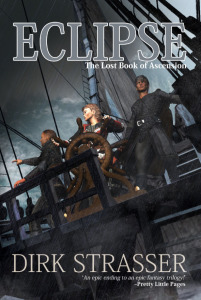 Eclipse: The Lost Book of Ascension 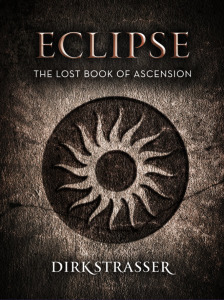 What happens if the days keep getting shorter?
And shorter?
Until there is an eternal night?


What happens as the darkness grows?
And the creatures of dusk take control of the Mountain?
And the quest for the third Book is the only hope?

The Mountain is in its death throes as the Nazir send their wraiths to finish what the dusk-rats and grale had begun. Soon there will be no daylight to protect the Maelir and Faemir, and with each twilight there are fewer places to hide. Will the Mountain finally collapse under its own instability or will Atreu and Verlinden’s descent find the words of salvation in the Lost Book of Ascension?

The cobblestones shifted under them and several of the soldiers lost their footing.

‘Run!’ cried the Faemir again, and Hrulth led the charge towards the Maelir stronghold. All around them, buildings were collapsing in the darkness. Cluric had sheathed his sword to allow himself to run more freely. Somehow he knew instinctively that if this came to a fight, he would be lost.

Horrific bellowing noises, which he knew from bitter experience were grale, filled the night sky. This time they were accompanied by a droning undercurrent that was totally unfamiliar. Cluric didn’t look back. He kept his eyes on the street, watching for the potholes and chasms that opened up in his path.

The Maelir barricades were in sight now. Cluric saw the torches burning in front of him. More bellows vaulted into the sky, and he felt his shoulder aching as he ran.

Not far to go, he muttered, as he felt himself dropping behind the others. Not far to go.

The street under his feet buckled and he fell.

‘I’m all right. Go ahead.’ But Hrulth was already by his side, helping him up.

‘Are you hurt?’ asked Hrulth.

‘I think I bruised my knee,’ said Cluric, ‘but I can still put my weight on it. Come on.’

They dashed for the Maelir stronghold, aware that just behind them, Dusk creatures were pouring out of the ground and into the streets of Peleusar.

The rest of the patrol cheered as the pair finally reached the barricades.

‘You are fools,’ cried the Faemir Watcher. ‘This is only the beginning. Get the fires started. It’s the only thing that will stop them.’

Hrulth spoke frantically to the other battalion leaders and the orders to start fires were given.

As Cluric stared out into the blackness, he could see blood-red eyes moving like disembodied spectres through the alleys of Peleusar. The Faemir Watcher, the hated enemy, stood next to him, and he felt her fear.

‘You are the first Faemir I’ve ever seen who was afraid,’ he said.

She looked at him, shivering. ‘Am I also the first Faemir you’ve seen without a weapon in her hand?’

‘Then I don’t see why you’re so surprised.’

‘You said you were attacked by something worse than grale and Dusk-rats,’ said Cluric. ‘What is it that terrifies you so much?’

The Watcher closed her eyes as if she was trying to ward off a vision, and uttered a single word: ‘Wraiths.’