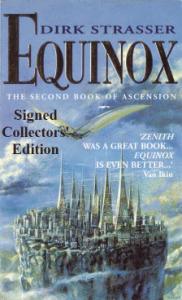 The most beautiful city on the great Mountain

The pinnacle of Maelir culture

The place where secrets hide

The fate of the Mountain hangs in balance at the time of Equinox, and even the Keep can no longer remain untouched.  The Maelir are desperate to defend it, the Faemir to demolish it, the windriders to claim it.  But unknown to them all, a dark force has already emerged from the chaos to seize power.

As darkness consumed the Mountain side, they came again: grotesque, misshapen, eyes blood-red and teeth bared. Rhea and those Faemir who could still stand had their swords drawn and stood tensed in battle formation.

This time the grale didn’t charge, they simply kept walking on their twisted legs with the same awkward, shuffling gait. They came closer with every step, as if they instinctively knew they would finish the Faemir this time.

Through the still night air, the rancid smell of burning dung reached Rhea’s nostrils. She watched the hundreds of pairs of red pinpricks as they approached. They’ve learnt from our previous night’s encounters, she thought. They are in no hurry. They know we won’t attack them or try to run away, and that we’ll just wait for their onslaught. Well, at least this time there was a surprise in store for the grale.