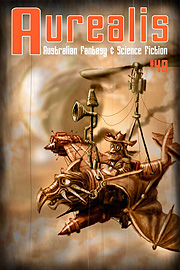 What do you think?

Recently, I've been thinking about the importance of science fiction stories for young people, and not just because I'm the sort of guy who spends time pondering such profound and weighty topics, but because I wonder what sort of reading our next generation will be doing.

Reading science fiction was vital for me as a teenager. It probably helped that for at least part of the time I was growing up the future looked as if it were just around the corner. I mean, we'd just been to the moon! Not just once, but a couple of times! Next stop, Mars, sure thing! Space stations for holidays! FTL, no sweat!

That aside, the multiple futures presented to me by the SF writers I was reading helped spark my curiosity, made me want to know more, made me fascinated by the possibilities that lay ahead instead of afraid of them. Sure, I read my share of disasters and dystopias, but the sense of boundless amazingness never failed. And I don't just mean flying cars and jet-packs—I mean the feeling that if we were clever and careful, the future was going to be mind-bogglingly extraordinary.

I want young people to feel that too, and that's why I tell them to read SF. SF that takes them elsewhere and elsewhen. SF that is full of wild, lunatic speculation, but also SF that's full of careful, rational extrapolation. SF that questions, SF that probes, SF that celebrates. SF in all its glorious, manifold varieties that makes you grip the book so hard your fingers ache and you go: 'Oh wow. Oh wow. Oh wow.'

The best way to prepare for the future, after all, is to imagine it.