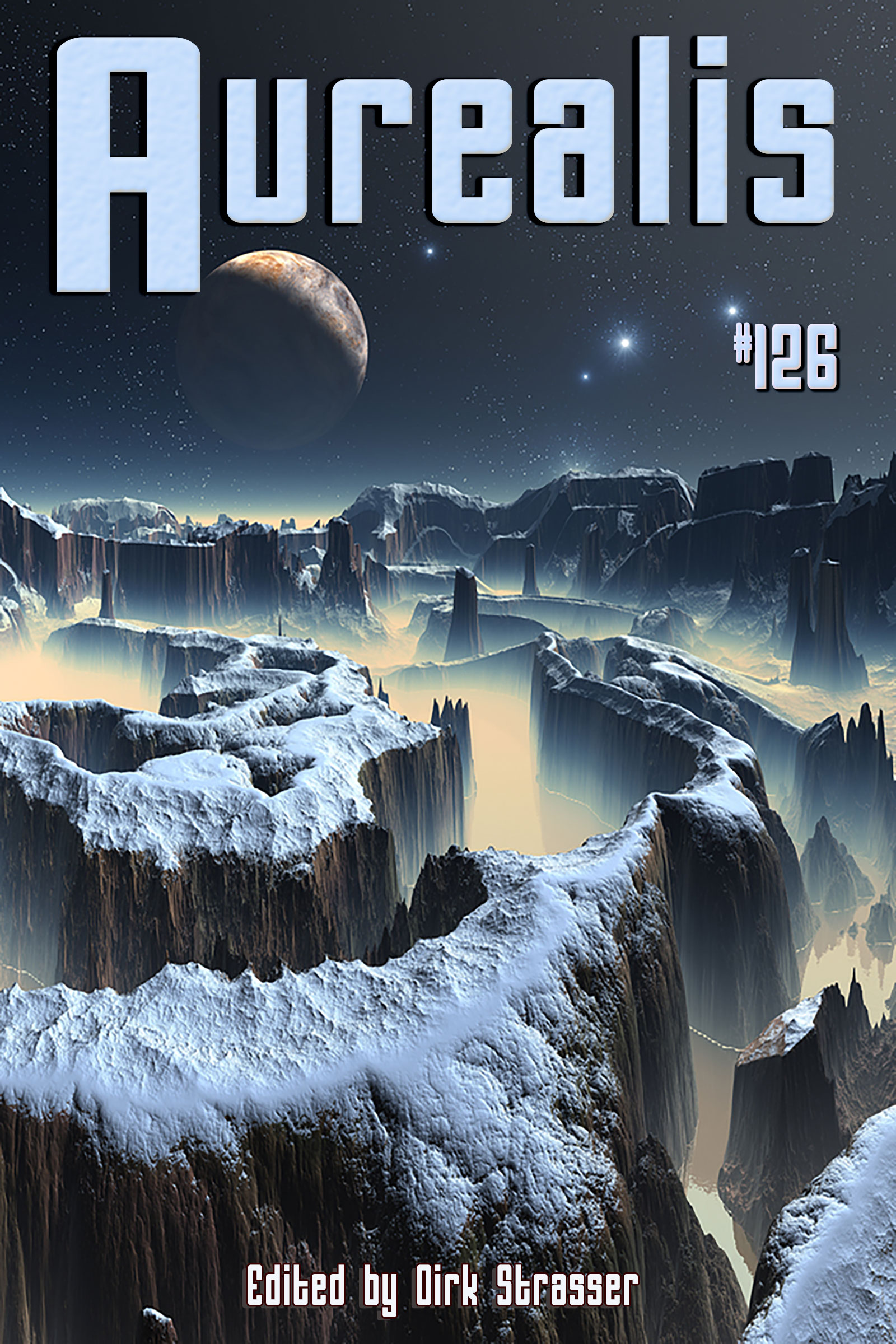 Last year in my Aurealis #114 editorial, I discussed a research project called the Genre Effect study which was undertaken by Chris Gavaler, Associate Professor of English, and Dan Johnson, Associate Professor of Cognitive and Behavioral Science from Washington and Lee University. It involved around 150 participants who were given a text of 1000 words to read. Half were given a ‘literary’ version of the text and the other a ‘science fiction’ version. The texts were identical except in the literary version, the main character enters a diner while in the science fiction version, he enters a galley in a space station inhabited by aliens and androids as well as humans. The only differences between the two were setting-related. For example, the literary version used the word ‘door’ and the science fiction version used the word ‘airlock.’

The professors concluded that ‘the science fiction setting triggered poorer overall reading’, apparently predisposing ‘readers to a less effortful and comprehending mode of reading—or what we might term non-literary reading’.

Chris Gavaler and Dan Johnson have now completed a follow-up study that revisits the Genre Effect. This time they wanted to reduce the variables involved. In the new study there were 204 participants who were given one of two stories to read with the only difference between the two versions being one word.

The opening sentence of the literary version was ‘My daughter is standing behind the bar, polishing a wine glass against a white cloth’.

The opening sentence of the science fiction version was ‘My robot is standing behind the bar, polishing a wine glass against a white cloth’.

So, this time the readers weren’t given constant reminders throughout about the fact that they were reading science fiction.

Interestingly, this second study didn’t trigger poor overall reading in those reading the science fiction version. The readers of both versions had identical comprehension scores. Gavaler reported, ‘Readers basically ignored that intro and engaged actively with the text itself anyway’. He concluded that ‘this difference between studies is presumably a result of differences between our two science-fiction texts.’ Apparently, the first study SF story was ‘non-literary sci-fi’ while the second was ‘literary sci-fi’. He finished by saying, ‘I’m hopeful that it will once-and-for-all give definitive evidence that literary fiction and genre fiction, specifically science fiction, are not separate categories’.

Gavaler’s final conclusion is something most of us involved in SF would say is obvious: there is a continuum of literary quality in science fiction (and other genres for that matter). I would go further than Gavaler, though, and point out that it’s also only stating the obvious to say there’s equally a continuum of literary quality in works that are categorised as ‘literary’.

So, what have the professors actually revealed with the differing results from their two studies? I’d again argue that what they’ve actually shown is that anti-science fiction bias is still deeply embedded in literary academia. There was just too much science fiction in the first study story, while in the second study story there was so little science fiction that the bias was diluted.

I call what happened in the second study the Game of Thrones Effect. The name suggests the effect applies to fantasy rather than science fiction, but it’s essentially the same argument for both. Game of Thrones became a mainstream hit, pulling in even people who had been vehemently anti-fantasy, because the fantasy elements were so minor at first that it could be viewed as a historical drama. And by the time the fantasy elements increased, everyone was already hooked by the story.

All that happened in the second Genre Effect study was that some literary-focused students momentarily shed their anti-science fiction bias because there was almost nothing in the story triggering it.

From Marked for Life by J.R. Schuyler

J.R. Schuyler is a freelance tutor and copy editor who lives in New Zealand. Although she has been writing since she could hold a pen, this story is her first foray into the short fiction market. Her debut fantasy novel, The Gloaming, will be published in October 2019. You can find her on Twitter @jrschuyler1.
:

The first blow comes as a shock–a sharp jolt against my cheekbone that sends songs of war vibrating through my skull. Blood bubbles to the surface and paints cold, crooked lines down my face. Excited murmurs burble through the crowd of villagers. Their tattoos create a blurry mosaic against the cave wall, their eyes aglow with residual magic, but I can’t identify them by name from this distance. My parents will be amongst them, standing proud. My grandparents, too. Uncles, aunts, siblings, cousins, former playmates from noble families… maybe even Kiana. My eyes strain to find her, my one true ally within Dreirre’s walls, but there’s no sign of her bright orange servant’s garb in the sea of brown cloaks. Perhaps that’s for the best. She wouldn’t want to see me like this.

From Cradle by Stephen Higgins

Stephen is one of the editors of Aurealis. He has been interested in science fiction for ages and has written a few stories for Aurealis in the past. Lately he has been creating a lot of music. You can hear his music on Spotify, iTunes, Bandcamp and Soundcloud and all of the other usual places you get your music. You can find out more at www.stephenhigginsmusic.com.
:

From Flesh of the Other by Eric Del Carlo

Eric Del Carlo's short fiction has been published in Asimov's, Analog, Clarkesworld, Strange Horizons and many other venues. He has previously appeared in Aurealis, with his apocalyptic tale 'She Sells Sea-Hells by the C Door.' He lives in the United States, in his native California, where he continues to write as much as is humanly possible.
:

It was explained to her like this: “So. Ah. Luna, we simply didn’t know what else to do with you.”

That conversation took place in a room of cool creamy surfaces. It was where, after some profound interval, Luna Bachmeier had awakened. Ample time had been set aside in her actuation process for shock, confusion, horror. She disappointed a little, by not giving in to emotional extremes. Yes, she was disoriented; yes, re-consciousness hit with a concussive jolt; and indeed, when she had a first clear understanding of what had happened to her and where she was now, her being crawled with revulsion.

From "If you are under eighteen years old, close this book.” – Henrietta Dugdale, the Suffrage and Science Fiction by Gillian Polack

Gillian Polack is a writer, editor and historian. She has six published novels and is a member of Book View Café. Two of them were shortlisted for Ditmars. Her short story collection Mountains of the Mind is now available.
Her website is www.gillianpolack.com.
:

One of our earlier speculative fiction writers has been honoured by Google, been a part of Australia’s early Women’s History Month activity and was included in a modern anthology of feminist science fiction. The writer in question is Henrietta Dugdale and she’s known far more for her politics than her writing.

From Why Retrofuturism Never Goes out of Fashion by Lachlan Walter

Lachlan Walter is a writer, science-fiction critic and nursery-hand (the garden kind, not the baby kind). He’s the author of two books: the deeply Australian post-apocalyptic tale The Rain Never Came, and the Kaiju story-cycle We Call It Monster.
:

So what does retrofuturism really mean? Why is it used incorrectly? And why does it never seem to go out of fashion?

From What's Next for the 'Weird West'? by KC Grifant

The Weird West genre—where Wild West elements mash with other genres ranging from horror, scifi and fantasy—has been around as long as the Wild West itself though never fully in the limelight. Something about the unknown wilderness invites more speculative wanderings; infusions of werewolves, demons, ghosts, aliens, magic and otherworldly elements seem right at home amidst wild mountains, endless desert and a vast, unforgiving landscape.