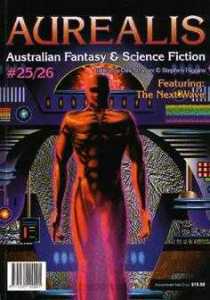 A rocket will never be able to leave the earth’s atmosphere.’ The New York Times, 1936

I think there is a world market for maybe five computers.’ Thomas Watson, IBM president, 1943

Predictions are strange beasts. Ask a weather forecaster or an economic analyst or a clairvoyant. Now that we are in a year with three zeros in it, it seems like a good time to be talking about predictions. It’s been interesting to sit back and watch all the hooha about when the next millennium really occurs. Of course, a millennium is a totally artificial construct. Firstly, 1000 is a significant number only because we happen to have a base 10 number system. There is nothing inevitable about a base 10 number system. Some mathematician’s would argue that we use this system purely because we have 10 fingers and 10 toes. A base 12 would be more efficient in many ways because the number 12 has 6 factors while the number 10 has only 4. Whatever the case, the world of computers is binary, and they are proof of the remarkable things that can be achieved with a simple two-digit system. Secondly, the end of the millennium is only important because of the fixed starting date  and the start of a calendar is totally arbitrary. As with anything, you can only measure something once you have an agreed arbitrary starting point.

Which brings me my starting point for this editorial. Speculative fiction writers make predictions. It’s not their primary function, and the quality of a work of speculative fiction is totally independent of its predictive accuracy. But nevertheless, SF writers predict things all the time. Mainly they get it wrong  like weather forecasters, economists, clairvoyants and everybody else  and the further into the future they look, the greater the danger of looking foolish. But at the risk of being held up to ridicule by some magazine editor in the future, I’m now going to do some speculating about SF as a genre and SF publishing generally, and along the way make one or two (moderately) bold statements.

Are the paper-based book and the paper-based magazine going to die in the next century? A common view is that it’s inevitable that computer technology will overwhelm the far older paper technology that many of us love. I’m not so sure. I think that reading fiction on screen will never take off unless computers effectively become book-size and screens mimic print on paper quality. Computers and the internet are more effective than books when it comes to reading for information, but in the area of recreational reading, the ezine phenomenon will probably have limited impact. I don’t think many people read for enjoyment on screen at the moment, and I don’t think many will in the future. This is the main reason why, although we have a comprehensive Aurealis website, we’ve never published any fiction there.

And what about the future of the SF genre? I think the golden ghetto, as it has sometimes been referred to, will become mainstream. But not in the dire sense of losing everything that is distinctive about it that many SF critics have been warning. I see SF becoming mainstream’ in the sense of taking over the mainstream’. It won’t be subsumed; instead it will create a new mainstream in its own image. I believe that some time this century, SF will finally get the recognition it deserves from people who consider themselves arbiters of what is literature. SF will finally be judged by its best examples, not its worst. I recently read two classics of SF that I had somehow never got around to reading before: Thomas M Disch’s Camp Concentration and Robert Silverberg’s Dying Inside. It is a tragedy that these two books (and quite a few others I can think of) are not viewed by those who claim to know about these things as literature of the highest order, whatever criteria you would want to apply. It’s an even greater tragedy because those who consider themselves experts would generally not even have heard of, let alone read, these two books. I believe some time in the next century that tragedy will turn to triumph.

And, finally, what of the future of the current Golden Age of Australian SF? After a Big Bang is there always a Big Crunch? Or does the universe keep expanding forever? I predict that the current wave of Australian SF writing success on a world scale is only the start. There will obviously be some ups and downs in the next century, but I think the expansion will continue. I see another crop of Australian SF writers, who no-one in the nineties had even heard of, just waiting past the horizon. Soon, we’ll be looking nostalgically at the Golden Age, talking about the good old days, reminiscing about the 1999 Worldcon  just as the Next Wave hits us.

Sometimes, when she is sulking, or fearing punishment, or  more rarely  simply wishes to play a joke, my four-year-old daughter puts a hat on and stands quietly in a corner of the room. She knows that so long as she wears the hat, I cannot see her. Luckily, she lacks the patience to keep this up for long, and soon betrays her location with some sound: a cough, a sob or a giggle depending on her mood. If I am very angry with her, I will close all the doors and carefully feel my way around the room until I find her, but as a rule I simply wait her out.

I fear what may happen when she is a few years older and takes it into her mind to run away. There will be little I can do to prevent her. Many children are reported missing each year as a result of such escapades.

My affliction is minor compared to Eliza's: she has never seen our daughter at all…

I was young, I was foolish. It was 1978, I was at university, and it was the only holiday job I could get. It was the summer I looked something in the face, took something to heart, and walked away changed forever.

It was lunch time and Ray was showing me the difference between a 20 x 15 Reducing Elbow and a 20 x 20 x 15 Triple Union Tee when the blue van screamed to a halt outside the shed. Something's wrong, Barry,' Ray said slowly. He took his pipe out of his mouth and studied it. I can feel it in my water…'

She is going to die.

My first waking thought. I reached to touch her, fingers weighted with a hesitancy that had settled in our relationship during the past eight months. Evelyn lay next to me, skin warm and her breathing deep and constant. I set my heart to those breaths.
It seemed more dream than reality. A cruel and empty dream to be discarded by the opening of morning eyes. But it was not. I reached for my notebook and spoke it on.

The machine's face went out and I stared into my own, eyes as empty as the screen…

Chung stared into his coffee cup. At first, he suspected it was just the oils from the rich grind creating the spectral resonance on the bottom. But as he watched the colours twirling across the porcelain, he suddenly knew what they meant. He recognised the remnants of the sub-viral trigger from when he'd first administered it, clandestinely, to his wife…

Can You Hear the Angels Sing? – Alistair Ong

Heron idly stretched his back as he wound his way to work through the crowds. The air tasted heavy with the stench of potassium and iodide, by-products from the blast furnaces that dominated the area. He could have driven to the office, but he still preferred to move under his own power rather than that of a machine.

He walked past the mind-high forms of the druggies lying on the sidewalks, their veins still pulsing an array of unnatural colours from the fluorescent additives. The Mag-cars silently eased their ways through the streets on lines of magnetic force generated by the grid underneath the city.

His ears caught the sound well before anyone else heard it: the breath of wings as they conversed with the air, asking for its help and its friendship. He looked up and saw them, a pair of Al'earch, gliding overhead. He watched them for a few minutes, marvelling at their creation. So similar to human: bipedal, opposable thumbs, similar skeletal structure; and yet so different, so perfectly adapted for flight: hollow bones, greater proportionate muscle mass, highly efficient respiratory system and superior hearing and vision.

He noticed the Al'earch flew in a specific pattern, in ever-increasing concentric circles. It was undoubtedly a search pattern, and Heron pitied whoever it was they searched for…

Mr Vale was allergic to advertising.

Even the mildest of ads caused him severe discomfort, afflicting his skin with sharply demarcated roseate areas like some unknown species of sunburn, as though he'd been sunbathing in the curdled glimmer of a neutron star…

It was a most inconvenient allergy  not least because he was a senior copywriter at Utility WordSmith 4.5 & Sons, the city's pre-eminent advertising agency…

All the Flowers of Babylon – Kathryn Deans

Babylon rose up before them, livid and glistening in the light of an ancient sun.

Jacob had brought the hopper to a standstill so they could better appreciate the spectacle. He glanced at his companion, trying to gauge his reaction to this first, extra-ordinary sight of the city. He was always secretly pleased when OffWorlders seemed surprised or, better yet, impressed by the Capital. Dunvurien might belong to yesterday with its faded glory and lost opportunities but there were few places to rival Babylon, especially at a distance…

There were thirty-two identical boxes. They were stored in a vault in a bank… behind bars. Armed guards patrolled the vault with the diligence of very well paid men. Each box in the vault contained a piece of wood. The sizes of the various pieces of wood ranged from a mere .02 of a millimetre to three centimetres. They were all reputed to be pieces of the One True Cross. They were all priceless, even the thirty-one fakes. Mika Tenz had just bought them all…

My father had been dead for 197 days when my mother used his sperm to fall pregnant with me. Even now she said she loved him so much she wanted a part of him to live on. I believe that the way I was conceived gives me a special insight into how precious life is. So much effort went into giving me life, I feel I should use it to try and help others.
Sounds good, huh? That's what I told Mr Rabe when he asked why I wanted to join SafetyNet, Mulrone High School's suicide counselling service…

I
On a hot humid afternoon, shortly before the monsoon was to break, Captain Frederick Youngburton, returned barely three hours from the North-West Frontier, was relaxing on the verandah of his hotel sorting through his mail. One of the letters was from the writer Kipling requesting permission to interview Captain Youngburton for a novel that he was writing on the Great Game. Utmost secrecy is assured, Kipling wrote, and this brought a chuckle to Youngburton's lips. Mr Kipling was a young man, brash and arrogant, who thought he knew India, but who had never managed to delve deeper than the gossip provided by ladies at dinner parties and the cheap talk of tonga-wallahs who had carried him home afterwards. Youngburton was about to dash off a suitable reply, when a hotel servant in an immaculate red coat came running along the verandah with a stiff cream envelope in his hands…