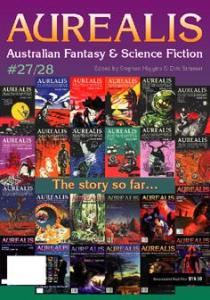 The Art of War – Scott Robinson

The alarm clock started its annoying chirp and Will's train of thought was derailed. He barked instructions at the machine, switching from alarm to radio, and wondered who had decided upon the wake up' sound. Had it been deliberately chosen to grate upon the nerves? Was there some subconscious, preconscious reason why it dug so readily into the mind?

Will sighed. He turned to the AI case beside the clock and, dialling the combination with practised ease, flipped open the lid.

Sigmund Freud was a very fine fellow,' he said, but would not be much help today.' He would have liked to leave the Filter in for a while longer, so he might discern the meaning behind a dream he had dreamed the previous night, but he was probably going to be late as it was. And the tone that Freud painted across his thoughts was sometimes a touch melancholy.

After a moment of indecision, inherent in the Freud Filter at the best of times, he chose Sun Tzu…

Will Zarkanar, CEO of EvilCo, swore at the speaker phone. Then he picked it up, ripped the cord from the socket and hurled the thing at the bookshelf that covered one wall. The phone caromed off a stainless steel vase and smashed into a Waterford carafe. The carafe exploded like a bomb.

Zarkanar drummed his fingers on the glass desktop and stared moodily at the crystal shards. His face hardened and he stood. By all the hosts of hell! By the blood of all that is unholy! By the unmentionable extremities of the nether worlds!' he bellowed. Stylix! I summon thee!'

The tall door to the office  burl walnut with a neo-deco steel trim  swung open. A tall, thin figure stood there, clad entirely in black, skin the colour of a marble headstone, eyes the red that only comes from staring into the furnaces of the damned for too long. Yes boss?' she said, and tapped one long, pale fingernail on her silver laptop. Trouble?'…

To That Which Kills – Keith Stevenson

The secondary sank in the east, staining the cavern walls blood red. Its light held little warmth, and the freezing winds picked up once more to break against the escarpment and pluck at the whispy hairs around the Gren's feeding cavity. The creature turned away from the opening and moved into the cave, shuffling resignedly towards the rude aggregate of sticks and mucus that clung to a broken stump of limestone stalagmite. The o'lok it carried seemed to weigh much more than it should, its sharp-billed head dragging along the stone floor at the end of a long, scaly neck. The corpse was still warm, but the Gren chicks in the nest barely registered its presence as the adult knelt on spindly legs and pushed the meal towards them.

She'd thought it would be an easy climb. But three months of gently upward-curving decks had made her more than usually wary of steep, angled planes and sheer drops. Jac edged herself to the lip of the escarpment, dipping her head and shoulders bird-like, back and forward, building confidence with each nod to look over the edge. Then she saw forest canopy far below. Dazzling, lush greenness hooked her after such a long transit. No wonder Colony wanted this place so bad.

You're not supposed to be up here.'…

The forest's vaulted canopy shut out all light from the bright double moons and the path of Trow's torchlight wove confusion in front of his stumbling feet. He was afraid, he admitted, as he stumbled again on the uneven ground. He was afraid of this ghastly forest and of the man waiting for him at its outskirts.

Trow carried his prize in a roughly woven bag slung across his shoulders. Although the air was chill and dank, he was sweating and the coarse material of the bag itched through his jacket. The object's rounded base slapped against his thigh as he chased the frail, yellow beam of his torch.

Arboreal night sounds populated the forest heights; the sweep of vast wings far above, interspersed by the harrowing caw of surprise and death as one life succumbed to another. The raucous cries of the forest's denizens raised the gooseflesh on Trow's pale arms…

Jonah Class looked through the grime-smeared rextaglass at her as he automatically groaned the garbage truck around the last corner of its route. The drab monster shuddered and the vacuum brakes whined as he slowed to keep the girl in view of the truck. Every morning she strutted here towards work, ignoring the holographic lures that pulled other shoppers from the crowd as if magnetised, and seeming not to see the screaming rubrics of text that were stencilled in light across the pavement under her feet. Class had seen this contrived aloofness every weekday, and her calm even in the crisis of banal disaster. He remembered the mugger paralysed at her feet, the nerve spray from her purse working its way down his bowed spine, and slow pedestrians shocked to clear a path by a single word expleted from the scarlet of her lips. Then there was a swirl of coat and discarded cigarette butt and it was as if she had never been there, now stalking through the airless corridors of the cosmetic clinic where she worked…

Again, the creaking and the groaning, the tinkle of china on the sideboard, plaster dust drifting from the ceiling while the floor trembled underfoot. Jenny's face was white. What is it, Baz?'

The house was built on solid rock. The construction was sound, no cracks or subsidence. The walls were square. The highway was four hundred metres away. At intervals the heavy interstate transports rumbled past. But their vibrations were too faint to shake the foundations. Not like this. Besides, we'd heard no truck.

We've been on to the Seismology Unit in Darwin. We're not on a fault line. They had no record of any seismic disturbances that could have affected us.'

A retiring man, Fatherwell at first said nothing when they brought the harpoon gun into the depot for him to count.

Needs to have its lug studs realigned,' said the gun-tractorman, as Fatherwell began to fill in the paperwork. Won't let fly no more, and that's a scoopin' certainty. And us with more than one fleet of submarines closing in, all decently sized.'

Fatherwell winced as the man's heavy-calibre words sliced through the weapons clinic to thud down on the duplicate book with its decorated margins and make-believe leather binding. Fatherwell kept his duplicate book in good order, and he didn't need disturbing while he ensured that every box in the form got filled in…

…Chester stood up and moved toward the creature. The Yeti didn't move, but I could see snow swirling in the corridor behind it.

Chester? Where are you going?' I kept my voice low, hoping to avoid upsetting the Yeti. It turned its milky orbs towards me, and I shuddered at the thought of one of mine looking like that.

It wants me to come with it.' Chester's voice sounded distant again, but I knew my hearing wasn't at fault this time…

A north easterly teased the sails as John Billton stood at the ship's bow, staring at a single star nestled against Arcturus in the constellation of Bootes.

It was an unexceptional fourth magnitude star. About twelve light years away, he remembered.

Still, he stared at it.

The bow lifted gently. Rainbow Warrior III slid into the trough and rose to meet the next wave. Billton's lean body moved to the deck's rhythm, his eyes never wavering from the star.

And still he stared.

A sudden shiver swept over him, despite the balmy summer air. He was surprised to feel a warm tear rolling off his cheek to meet the bristles of his new beard. He wiped it away with a sigh.

His previous unshakeable certainty was giving way to human doubt. If Einstein and the astronomers are right, we'll have confirmation in twelve years, he thought…

Survival of the Last – Kaaren Warren

The boy I keep captive in the glass tower said, So, old man, will I be watching the New Year's Party? Or is it dangerous to my health?'

I didn't answer. I never do, for fear of saying the wrong thing. Bane is the only Last One in this country so a lot rests on his head. There are two others in the North, three where the ice was, and three on the other side. Ours will be last of all, though, I'm sure. We take such good care of him.

Come on, old man. What's the deal? I'm willing to be quiet if you'll ask the glass to stay clear for tomorrow night. I want to watch.'

He was so innocent. He knew nothing of the trickeries and plots you need to get your own way.

Just the thought of those games makes me tired.

We are all so very, very tired…

…I was not the only person waiting for the second coming: a small crowd gathered around Samuel as soon as he sat down.  Amongst them I noticed Roy Barthes, a reporter from the Canberra Times.

Samuel repeated his performance of the previous evening, betting on one number straight every time, and always winning. The only difference was that on this occasion the house paid out 58 times before he'd had enough.

I suppose it was at this point that my professional interest festered into a personal obsession. Rather than going home, I followed Samuel to his hotel…

The evening of the third of January

The knife she was using to slice potatoes, slimy with juice, slipped from Louise Delovski's fingers and fell to the benchtop. It tumbled, skidded off the edge. The Staysharp blade dug into her kitchen's floor covering, gouging out a divot of red vinyl.

The blade hadn't touched her hand. Hadn't even come near it. But as she stared at the deep cut the knife had made in the floor, Louise felt her palm aching. The fleshy pad at the base of her thumb was lacerated, bleeding a red stream that snaked down her wrist.

Louise was sure the blade hadn't touched her. She blinked, as her vision crumbled. She felt light-headed. Her kitchen appeared to be breaking apart, fracturing into a thousand shattered pieces…