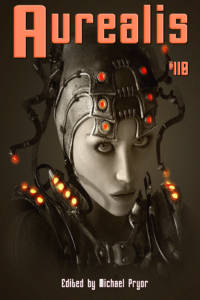 TIME TRAVEL IS ESSENTIAL TO OUR WAY OF LIFE

Occasionally one hears pundits and savants opine that time travel is dangerous. Moreover, the same gurus even go on to aver that the very idea of time travel is fraught with peril.

Nothing could be further from the truth, which is that time travel is essential to our way of life.

As is our wont, we went looking for a pithy quote to launch this searing exploration of temporal matters.

We considered Stephen Hawking. No. We thought about Einstein. No. We wanted the best, the most thoughtful, the most penetrating intellect on my side. So we chose the esteemed writer and philosopher Mr William Shatner.

He declared: ‘I find the whole time travel question very unsettling if you take it to its logical extension. I think it might eventually be possible, but then what happens?’

And if the words of the man who played the immortal TJ Hooker aren’t enough for you, we have a case of our own to prosecute.

This might sound like a strange way to assert that time travel is something that should be undertaken as often as possible, but bear with us. Our argument is subtle, it is complex, it is multi-faceted, but then again, we’re sure you can keep up. We have nothing but the highest regard for our readers.

We’re asking you to think of the writers. Those poor, misunderstood, exploited—did we mention poor?—souls who do their best to bring a little happiness into your lives. Do you really want to deprive them of a tiny morsel that could brighten their blighted lives? Do you want them to do without something that could make their twisted, deprived and possibly soulless existences a little easier?

If there is no time travel, all our lives—all our lives, we tell you—would be immeasurably poorer. We would have:

A world without such creations would be a much lesser world indeed.

To put it another way, we’re all time travellers—it’s just that we’re doing it very, very slowly. It takes us one day to travel one day into the future. And we will have no truck with anyone who wishes to assert the opposite and deny our very way of life.

Kathryn Hore is a Melbourne writer of speculative and dark fiction, crime fiction, and business non-fiction, but you shouldn’t assume a correlation. Her stories appear in several anthologies and magazines, and when not writing, she works in information management trying to classify the unclassifiable. Her website is: letmedigress.com.
:

Sweat soaked the grubby grey of her shirt as she dropped next to the remnants of last night’s campfire with a growl in her stomach. She should eat before moving on, but her food was down to the last dregs and her water dangerously low. It wasn’t only abandoned town pharmacies she needed to hunt through, she needed to find the next settlement and see what she could barter for fresh supplies, real food that wasn’t years-old cans. Fresh water. The landscape was dotted with little clutches of communities now, like the strips of green on burnt-out trees. Any patch of arable land or safe water sported returning life, rebuilding on the ruins of the old. There was a former regional centre just east of here and if this forest was anything to go by the land was fertile enough. Odds on there was a settlement rebuilding where the old country town used to be.

From Car on Fire Near Alice Springs by P R Dean

P R Dean grew up in western Queensland and now lives in Brisbane. As well as writing short stories he also writes for theatre where his work includes Long Gone Lonesome Cowgirls, First Asylum, and the opera libretto Seeking True South. He once wrote a musical for dancing earth moving equipment that was performed in Mt Isa.
:

‘And when was this?’ asks Ryan, tearing small strips from the drinks coaster and piling them on the bar.

‘In the middle of the desert? What sort of car?’

‘It sounds unlikely,’ says Ryan. ‘And against the laws of physics.’

‘There are places out here, mate,’ says the local, ‘that have never heard of the laws of physics. Rocks fall straight up.’

From Storage by B A Varghese

About B A Varghese

B A Varghese graduated from Polytechnic University (New York) with a degree in Electrical Engineering and is currently working in the Information Technology field. Inspired to explore his literary side, he has earned a BA in English from the University of South Florida. His works have appeared in Cleaver Magazine, STORGY Magazine, Apalachee Review, and other literary journals. Website: bavarghese.
:

The sun shone its last ray of light for the day and disappeared past the horizon, a view Caesar enjoyed watching from his apartment cube that overlooked the city. The cube’s one window was blast-proof and could not be opened, so he leaned his arm against the window in hope to feel the warmth of the sun vanish off his skin. He wondered what it would be like outside during this time and thought that one day he should try it, but then realised that he wouldn’t be able to see the sun set from the ground floor, or the streets, and would only get a glimpse of incandescence reflecting off the skyscrapers. What would it really be like to leave and go outside, or to live somewhere out there? Even then, deep inside, he didn’t really want to leave the comfort of his cube.

Dirk Strasser has won multiple Australian Publisher Association Awards and a Ditmar for Best Professional Achievement. His short story, ‘The Doppelgänger Effect’, appeared in the World Fantasy Award-winning anthology Dreaming Down Under. Dirk founded the Aurealis Awards and has co-published Aurealis magazine since 1990. His website is www.dirkstrasser.com.
:

He tried opening his eyes, but only managed to let in a tiny sliver of light.

How come I’m not trying to remember what my name is? That’s more important, isn’t it? Okay, what’s my name? Yet, it was as if his mind was negotiating a frictionless surface and he slid back to the first question again: what year is it? He had no choice but to give in to it and churn away at the question, trying to force the answer into his consciousness. If I can work out the year, the rest will follow.

From Book to Screen: The Vampire Chronicles and the Future of Novel Adaptation by Claire Fitzpatrick

Claire Fitzpatrick is a journalist, editor, and author of speculative fiction.  Her debut horror anthology is set to be published through The Australasian Horror Writers Association. http://www.clairefitzpatrick.net
:

So what makes a good TV adaptation? How faithful should one stay to the source material? And what does the future hold for the novel adaptation?

From Metafictional Science Fiction: A Short History by Lachlan Walter

Lachlan Walter is a writer and critic whose debut novel The Rain Never Came has recently been released. For more information, head to: lachlanwalter.com.
:

Metafictional devices roughly fall into one of two categories: they exist at either a narrative level (within the text) or at an audience level (outside the text), although some writers combine the two.