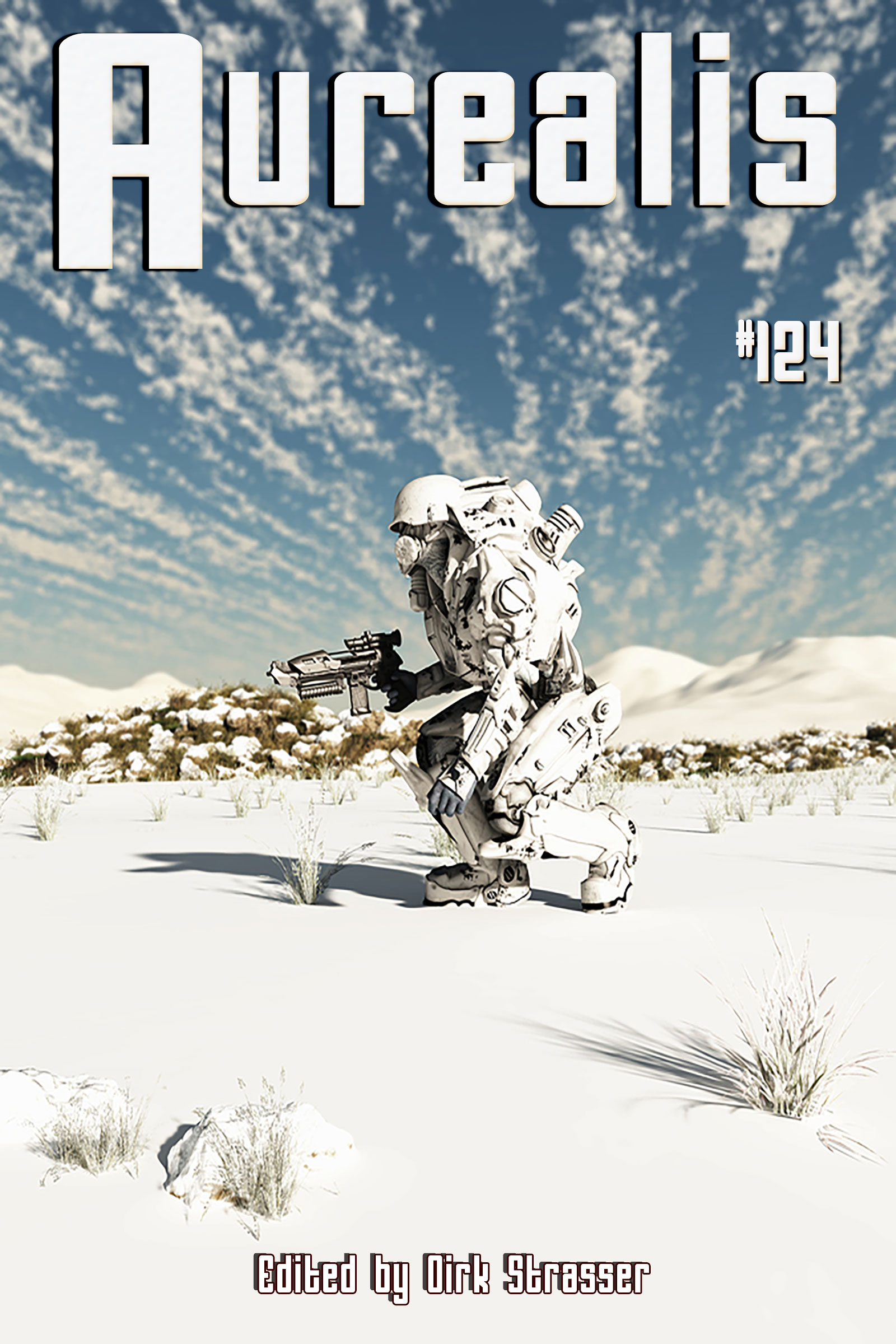 Aurealis #124 features ‘Leisure Culture’ Maddison Stoff, a jarring look at a possible future where the line between reality and simulation is blurred via avatars and extreme biotechnology. E H Mann’s ‘Nie among the Tree People’ is a surprising fantasy with a difference, while James Rowland’s ‘Inheritance’ is a classy tale entwining reality and magic, history and conjecture.

Have you ever wondered how different screenwriting is to writing novels or short stories? After concurrently writing a screenplay and novel version of my conquistador fantasy short story ‘Conquist’ (Dreaming Again Ed Jack Dann HarperVoyager), I’ve got a pretty good idea.

The two are very different.

Obviously, there are similarities. The plot, the characters and the dialogue are important to both. But it’s the differences that strike you when you switch from one to the other. In my experience, the two writing styles often interfere with each other.

Let’s start at a basic level. The action in screenplays is always in the present tense, while the most common tense used in novel narratives is the simple past tense. This alone can drive you a little nuts when switching between novels and screenplays. Whatever tense you’re currently writing in becomes habitual; it feels natural and intuitive. You do it without thinking. And worse, unless you deliberately read for tense, you simply won’t catch all the times when you’ve incorrectly got past tense in the screenplay action or present tense in the novel narrative. And, strangely, when you make the change, at first it feels wrong somehow.

The number of words you have to play with in a screenplay is far less than what you have at your disposal in a novel. My screenplay for Conquist is around 22,000 words while my novel version is 86,000 words. In fact, the movie industry doesn’t even talk about the number of words. It talks about pages. The average movie screenplay is around 110 pages, which are formatted in such a way that a page represents around one minute of screen time. So, the 110 pages represent just under two hours, which is somewhere near the average length of a movie. You need to be aware, though, that this restriction on the number of pages only really applies to spec scripts—that is, the ones that are written on-spec without a contract. If you’re Tarantino, you can go for broke.

The word limits in a screenplay affect all aspects of the writing. To come in at 110 pages, you need to have extreme focus from a plot point of view and write with a maniacal tightness. While novel writers obviously also need to make choices about what to include and what to cut, screenwriting forces you to dial this process up to warp drive. There’s nowhere to hide. Going over 120 pages, for example, can often mean you’re dismissed as an amateur before you even get to first base.

And if you think manuscript requirements for novels or short stories are over-prescriptive, you ain’t seen nothing yet. The formatting requirements of screenplays appear overwhelming at first. I don’t know how they managed it in the Golden Age of Hollywood, but I wouldn’t even think of writing a screenplay without a software package like Final Draft.

So how do you turn a novel or short story into a screenplay which actually becomes a movie? Well, clearly, one way is to first get your story published in Aurealis! We’re pleased to announce that the C S McMullen story ‘The Other-faced Lamb’ that appeared in Aurealis #82 is soon to be released as a major motion picture The Other Lamb.

From Leisure Culture by Maddison Stoff

Maddison Stoff is a non-binary autistic writer and musician from Melbourne, Australia. She writes a combination of experimental and pulp-inspired science fiction set in a consistent universe and political commentary for Australian left-wing literary journal Overland.
:

I see a crowd of avatars clustered around the news spire and honestly my first response is rage.

From Nie Among the Tree People by E H Mann

E H Mann lives in Melbourne, where they write fantasy and science-fiction about people who don’t quite fit the mould. Their stories have appeared in the award-winning anthology Mother of Invention, as well as Fabled Journey III and Luna Station Quarterly.
:

It was hard to say how long the people had been trees by the time Nie found them.

From Inheritance by James Rowland

James Rowland is a New Zealand-based, British-born writer. His work has previously appeared at Aurealis, Compelling Science Fiction and Mythic. When he’s not moonlighting as a writer of magical, strange or futuristic stories, he works as an intellectual property lawyer.
:

Harris is still well-known for popularising the immersive style in the 1940s.  Up until then, the mixture of magic and paint was considered a cheap gimmick.

Gillian Polack is a writer, editor and historian. She has six published novels—two of them were shortlisted for Ditmars—and is a member of Book View Café. Her short story collection Mountains of the Mind was recently released.
:

There is one theory of lost civilisation that kept appearing in late 19th-century Australian literature: that of the Lemurians.

From Blood and Guts, Murder and Monsters: A Renaissance of Horror by K C Grifant

Horror. The genre conjures up wrinkled noses, perhaps uncertain smiles at a book convention, with passersby trying to sidestep away. To the general public, horror writers must like to revel in the grotesque, and they’re all about blood and guts, murder and monsters. Right?

Nothing could be further from the truth.