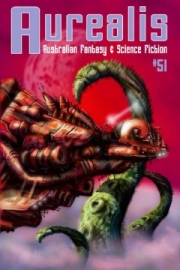 At the Crossroads – Daniel Baker

One of the many misconceptions non-Science Fiction readers have about SF is that it’s all about predicting the future.

This of course is wrong, and it’s basically wrong for two reasons. Firstly, the urge to write stories that are consciously and systematically predicting technological or social advances may have been paramount in the early, early days of SF (Hugo Gernsback, I’m looking at you) but SF writers soon found how limiting that was, narrative-wise. They soon expanded their brief well beyond simply cataloguing futures full of video phones and food in a pill. Good stories don’t foreground this sort of thing. They can be useful background, adding texture and depth, but where stories become simply ‘A Guide to the World of the Future’, the novelty palls mighty quickly. Predicting on this reductive sort of level is best left for astrologers or for pop pundits in media ‘What’s Going to Happen Next Year?’ December filler pieces.

Secondly, and somewhat contradictorily, whenever SF writers do indulge in deliberate future prediction, they are almost always lousy at it. Of course there have been some notable successes, but once you get past Arthur C Clarke’s geostationary communication satellites, the pickings get a bit thin. Even someone as hard-headed as Robert A Heinlein’s predictions were way, way off. Writing in 1952, his guesses—sorry, predictions—for the year 2000 included such gems as ‘Cancer, the common cold, and tooth decay will all be conquered’ and ‘Intelligent life will be found on Mars’, although he did hit the jackpot with ‘Your personal telephone will be small enough to carry in your handbag’. Now, RAH was being deliberately provocative in his crystal-ball gazing, but his view of the Year 2000 was almost entirely inaccurate.

Science Fiction isn’t about predicting the future. It’s about positing and exploring possible futures. Some of the best SF comes from looking at today’s trends and developments and wondering where they’re going to take us. How will our species cope with these changes? What will they mean for us socially, morally and spiritually? What will be transformed and what will remain constant?

SF writers predict the future? It might pay to remember that second word of the genre label.