Nowadays, it seems that most of the fantastical places that exist within science fiction and its sub-genres (post-apocalyptic fiction, superhero narratives, teen dystopias, literary genre fiction, and so on) only serve to to let us explore The End Of The World™, to the point that it almost feels like you can’t sit down to watch a movie or television show without being confronted by yet another variation on the apocalypse or yet another depiction of humanity under threat (written fiction is a different matter, and shall be dealt with at a different time).

Even though these ‘visual fictions’ can use the fantastical places existing within them to frame an exploration of a million different themes and ideas, for many of their creators it seems that the end of the world and threats to humanity have somehow become the sole themes worth exploring. Consequently, these two themes then serve as the default endpoints for their narrative structures – it’s as if the only way to now end a science fiction story is by having the protagonists confront a fast-approaching extinction event or apocalyptic moment. These endpoints, of course, have an ‘echo’ effect regarding the narrative events preceding them, whereby the various characters’ actions, choices, attitudes and evolving psychological natures really only reach resolution in the face of the fast-approaching extinction or apocalypse. In other words, the character development and character-based confrontations that do occur usually serve only to set-up their eventual resolutions during the endpoint. When done well, combining the personal story of characters resolving their differences with the action story of the characters confronting the extinction event or apocalyptic moment can create an interesting textual fusion. Sadly, all-too-often it just adds another layer of ‘noise’ to the mess of action and spectacle, and frequently seems perfunctory and underdone.

This is an unfortunate state of affairs. By conflating character development with narrative resolution, these kinds of fictions deny us the very things that allow us to lose ourselves in a story: empathy and connection. By definition, none of us have experience of an alien invasion, or a destructive AI (or any kind of AI for that matter), or a complete ecological collapse, or people who can fly or possess super strength, or a war against robots. Therefore, none of us can ‘directly’ relate to these situations. But what we can directly relate to are character traits that we all share, the things that make us all human, the things that define all of us: love, community, companionship, joy, purpose. And let’s not forget their more negative but equally important correlates: anger, hate, loneliness, unhappiness, ennui and angst.

These are the triumphs and tragedies that make us who and what we are; they represent the wonder, horror, beauty and ugliness that is life. For want of a better word, they are ‘ordinary’ things, so everyday and everywhere that we are often barely even consciously thinking of them.

And it seems like nowadays a lot of people think that ‘ordinary’ equals ‘boring’.

This kind of disdain isn’t only seen in the proliferation and popularity of narratives that revolve around yet another variation on the end of the world or yet another depiction of humanity under threat at the expense of character development or emotional exploration; we also see it in certain critical reactions to those fictions that eschew this fascination with extinction events and impending apocalypses and instead turn their focus on smaller and more ‘ordinary’ themes. Take James Mangold’s The Wolverine (2013), Peyton Reed’s Ant-Man (2015) and Drew Goddard’s Daredevil (2015) as just examples (superhero narratives are fitting subjects for examination, as they seem to constantly be one-upping each other in terms of the dangers faced within). While none of these fictions are ‘perfect’ (if such a thing as a ‘perfect’ fiction even exists), Mangold, Reed and Goddard should be commended for restricting the scope of their narratives and focusing on character-driven and emotion-rich stories where the fate of the world isn’t at stake – they are ‘smaller’ and more intimate than their kin, dealing with themes of betrayal, loyalty, family, redemption, guilt and responsibility. Instead, a significant number of critics chided them for their more human focus and less over-the-top approach, bandying about belittling yet superficially polite terms such as ‘modest’, ‘humble’, ‘small scale’ and ‘perfectly fine’. At times, the word ‘boring’ was even used to describe the emphasis on character and development over that of spectacle and that ever-elusive ‘wow’ factor; not because the particular scenes highlighted were actually boring but because they slowed the momentum or detracted from the action or didn’t include a fight scene every 15-minutes. 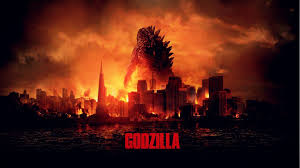 Gareth Edwards’ Godzilla (2014) is another film that received this kind of dismissive critical reception, despite Edwards’ declared intention to give his version of the pop-culture icon a sense of realism (and therefore a sense of ‘ordinariness’). While the film does have its flaws – some of the dialogue is stilted and some of the acting is wooden, and Edwards’ decision to somewhat obscure Godzilla himself rather than show him outright is sometimes taken too far – the line between criticism of technique and criticism of style and thematic intent is blurred. Take the character of Brody as an example. His tendency to look a little blank-faced, to speak in a bit of monotone, to obey orders almost without a thought, and to pare his syntax back to its bare essentials, could be chiefly explained in one of two ways: bad writing and bad acting, or the realistic actions of a soldier in the field who has been trained to be proactive and to make split-second decisions. When we take this second line of thinking further, and take into account the fact that Brody has suddenly found himself not only orphaned but also unable to know whether his own wife and child are alive or dead, his slightly robotic movements, flat speech patterns and almost-automatic behaviour starts to look more like a form of auto-pilot suffered by a soldier undergoing a type of PTSD whilst simultaneously having to keep on fighting. A similar dual perspective exists when we look at the character of Dr Serizawa. His transition from action-oriented character to one that looks on with glazed eyes and a slack jaw could be attributed to overacting and bad writing, unless we consider the fact that he has suddenly had his life’s work vindicated in the most terrible of ways. If we can imagine what he would actually be feeling – if we can put ourselves in his head and imagine the churning emotions, the mixture of elation at being proved right and relief at finally finding an answer after years of searching and horror at what that answer means – then we can see that his almost-complete blankness is actually a fairly appropriate response to what is happening.

These men aren’t supposed to be supermen; they aren’t supposed to just shrug off these incredible and devastating events and creatures or make a smart-arse quip or get their flirt on. And yet it’s almost as if people have come to expect just about every science fiction character to be more than human, even in films as avowedly realist as Godzilla. It’s as if they expect these kinds of characters to be able to shoulder any burden and smile while doing so, or be able to patch-up a damaged relationship and fight off aliens at the same time. And so they’re disappointed when these characters are anything less than godlike. The end result? More and more films and TV shows that sacrifice story, substance and emotional weight for action, spectacle and that ever-elusive ‘wow’ factor; poorer and far-less immersive narratives; and far fewer characters like those above, who behave in a realistic way in the face of something that’s almost beyond understanding, and either freeze or become automatic.

I know which themes, techniques, characters and styles I prefer. And I wouldn’t hesitate to bet that most of us would respond in the exact same as Brody or Dr Serizawa.